Visit to the wild west

Little Oliver was in high spirits all day. Lots of rolling, smiling and kicking. He also sprinkled in some airplane noises after dinner.

Sure, the writing isn’t something to savor, but it’d just be a waste anyways, considering how fast I whizzed through the pages. This is most definitely a page-turner.

The final book in this series just came out last month and the hype surrounding its release is actually what tipped me off to this phenomenon.

If you like vampires or enjoy a little teen drama, definitely give this one a go.

Since it is almost a new weekend already, I better get this post up about last weekend’s sports extravaganza. Friday night was Red Sox versus White Sox. Saturday night was New England Revs versus Beckham’s LA Galaxy.

No camera at Fenway, but the Fan Foto folks snapped a shot. Take a look.

Beckham packed Gillette Stadium, which made for a lively game. Katie caught him kicking.

Gardenburger, you disappoint me

On my trip to the Great Northwest last month, I hit up the Tides Tavern for my whiskey burger, minus the beef, plus the Gardenburger.  What came out was a Boca patty.  Yuck.  There was no notice on the menu.  Just a sly replacement.  I tried for a Gardenburger at another restaurant but got denied, the waitress citing a recall as the reason.  This was what tipped me off to a top secret shift in the world of Gardenburger.

The whole story has yet to be uncovered as far as I can tell, but there was a “voluntary withdrawal” followed by scarce supply.  Irregularities were behind this non-recall, apparently due to Kellog purchasing the Gardenburger.

Over the weekend I stopped by Whole Foods and finally found a box of Gardenburgers after coming up empty handed at every grocery store for weeks.   The packaging looked the same, but the burgers are totally different.  They are not tasty.  What gives?

Well I’ll tell you what gives.  I did a little investigative journalism.  Here are the results.

From my box of Gardenburgers: 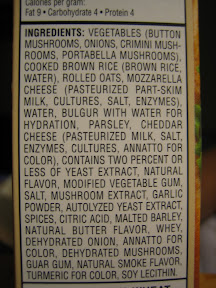 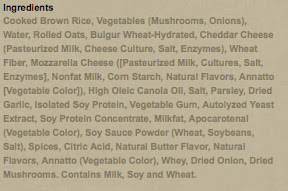 Even their own website hasn’t been informed of the change of ingredients.  I would appreciate an explanation for the totally new and far inferior Gardenburger.  Actually I would rather just have the old delicious Gardenburger back.  “The Original” is nothing like the original and I am not pleased.

I finally put the ‘action mount’ for my Flip camera to use and filmed a little scoot around the block.  It’s a little jiggly so watch out if you get motion sickness.

I don’t know, maybe there are still a few people out there who haven’t seen this Internet entertainment yet.  If not, it’s on Hulu.  I don’t know for how long.

The original plan was for the show to only be available for a limited time.  Luckily for those who missed the boat, the plan got changed.

Start it up again

Hopefully this post is better late than never.  I was out west a week ago, spending time with nephew Oliver and the rest of the family.

We made some funny faces. 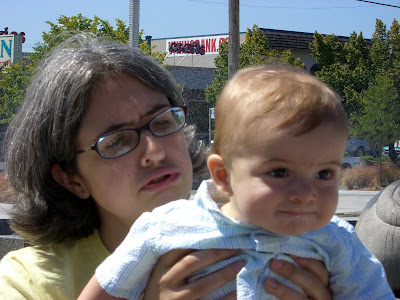 We had some good times. 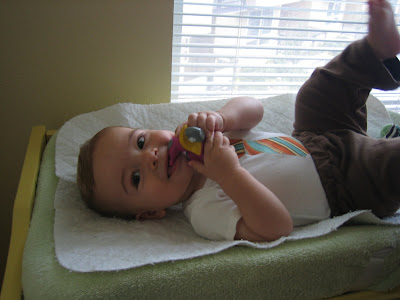 Oliver showed me all of his amazing new tricks. All at once. Sitting up. Rolling around. Pulling himself up. I was impressed.

I also discovered the Chocodile.  Unfortunately, just like my baby nephew, it is only available on the West Coast.  Now that I think about it, I can see that this is just another persuasion technique employed by my very own family.

“Chocodiles and cute babies,” they say.  “All this could be yours.”

If you’re looking for something new for a road trip or plane ride this summer, check out the new album from Girl Talk. It’s available for download at whatever price you want to pay.

I’ve given it a few listens on the road and on the bus. So far so great. If you’re unfamiliar with Girl Talk, it’s a DJ remixing and putting together a big old amazing mashup. The songs sample from and cycle through some great hits from the past, all layered together in a brilliant mix.

At Mom’s request, I am posting to say today is my birthday!

Oliver has already sent his wishes! 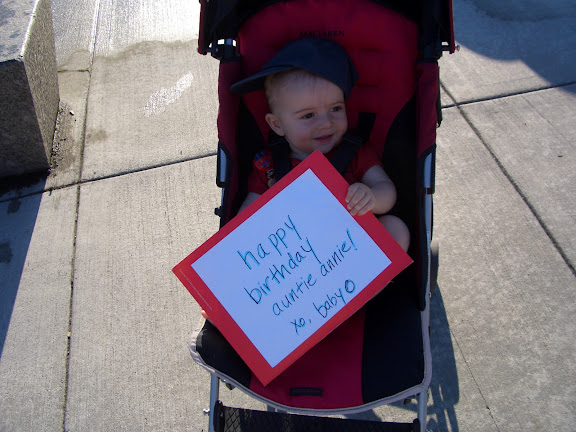 Frankly, I don’t think anybody can top that, but . . . let the birthday wishes roll in!

When life comes up short 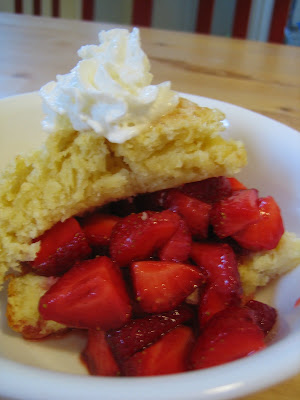 The strawberries in the second CSA delivery arrived soaking wet and quite mushy. Perhaps due to the humidity and/or the thunderstorming, they were not really snackable. They did make an excellent strawberry shortcake though. I also managed to sneak an egg into the dough from the previous week’s delivery.

Along with the strawberries was a loaf of wheat bread, some lettuces, more pea tendrils and something that I think is spinach.

Just a reminder that you can check out the latest Oliver celeb spottings at Cain Central.