American vs. British. Kit Kat and Creme Egg. Is one country’s version better than the other? Katie and I tasted both and have some shocking (mildly surprising to us) conclusions! 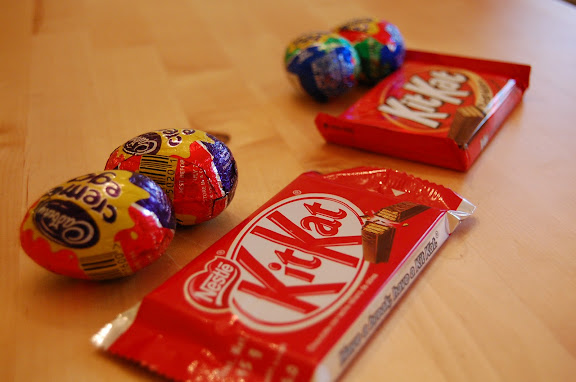 The British Kit Kat was darker in color and somewhat easy to spot. One egg was definitely runnier than the other. 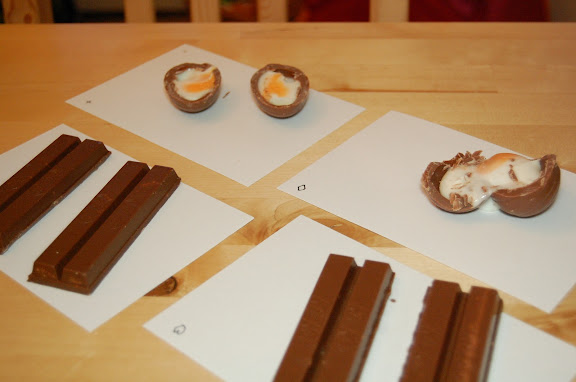 We voted for the American Kit Kat’s sweetness over the British Kit Kat’s darkness. Katie thought the runnier Creme Egg was the American, and her preferred, version. But! It was the British version and we both thought it was the better of the two. I thought it tasted more like a Creme Egg of my childhood. Katie liked the slightly citrusy filling.

So it’s kind of a tie. Each country takes home a candy trophy in this household.

4 replies on “Candy vs. candy”

Katie is not wrong. The original Cadbury creme egg was runnier but in the past 2-3 years they have ruined the filling by making it thick and somewhat grainy, not as creamy as it should be.

You can get a dark Kit Kat but why ruin a perfectly delicious candy bar?

Why ruin it indeed!

i liked the runny cadberry eggs too! also why do you have british candy?

We have it for a taste test face off of course!